BISMARCK, ND: A federal grand jury subpoena issued to Water Protector Steve Martinez was withdrawn yesterday, without warning or explanation. Mr. Martinez had been summoned to appear on Wednesday March 1, as a witness before a grand jury in Bismarck, ND. The putative subject of the investigation is the November 20 incident on Backwater Bridge, and in particular, the injury to Sophia Wilansky, who nearly lost her arm from being struck at close range by a law enforcement projectile.

Federal grand juries are panels of citizens investigating a federal crime. The proceedings are secret, and the grand jury has broad power to compel testimony on a range of issues even outside of, and unrelated to the ostensible focus of the investigation. They are therefore ripe for abuse; prosecutors often use them as “fishing expeditions” for gathering intelligence on individuals or groups whose activities or beliefs they perceive to be distasteful or politically undesirable. From the McCarthy era Red Scare of the mid-20th century, and liberation movements of the 1970s and ‘80s, to the environmental movements of the 1990s and today, politically-motivated grand juries have been in perpetual tension with the imperatives of the First Amendment. 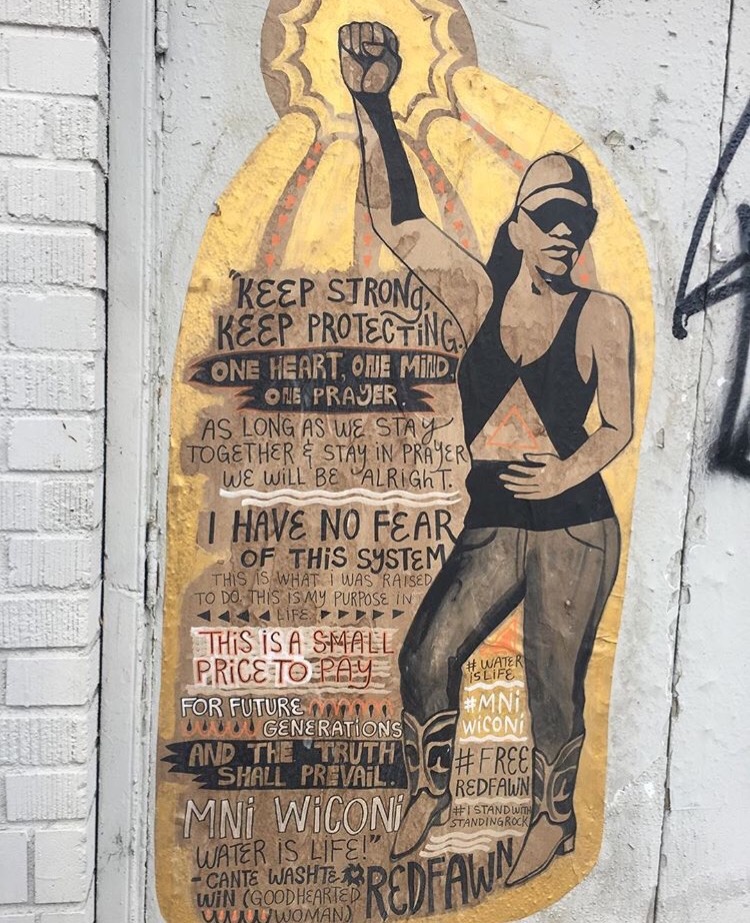 Given this long history of grand jury abuse, Mr. Martinez refused to cooperate with the grand jury’s requests for information that could have been used against others. In a statement before his first appearance on January 4 he said, “I will in no way condone or cooperate with this attempt to repress the movement here at Standing Rock.”

The subpoena was withdrawn just as WPLC lawyers were moving to quash on First, Fourth, and Fifth Amendment grounds, as well as on a statutory prohibition against propounding a subpoena on the basis of unlawful electronic surveillance. The office of the federal prosecutor declined to elaborate on the reasons for, or future implications of the decision to withdraw the subpoena.

WPLC considers this grand jury to be one piece of a broader effort to criminalize Water Protectors and to unfairly target individuals in an effort to divide the movement. This is a huge victory for Steve Martinez and for the Water Protector Legal Collective’s efforts to provide effective legal defense.

Moira Meltzer-Cohen stated, “It’s critical for people who are active in social movements to know and vigorously exercise their rights and stand up to government’s unconstitutional efforts to gather intelligence for the purpose of suppressing legally protected, and socially valuable activity. When people recognize these state tactics and push back against them, they can be successful.”

Water Protectors who are contacted by law enforcement or served a subpoena are encouraged to contact the Water Protector Legal Collective for advice and representation.