For the water. For each other. 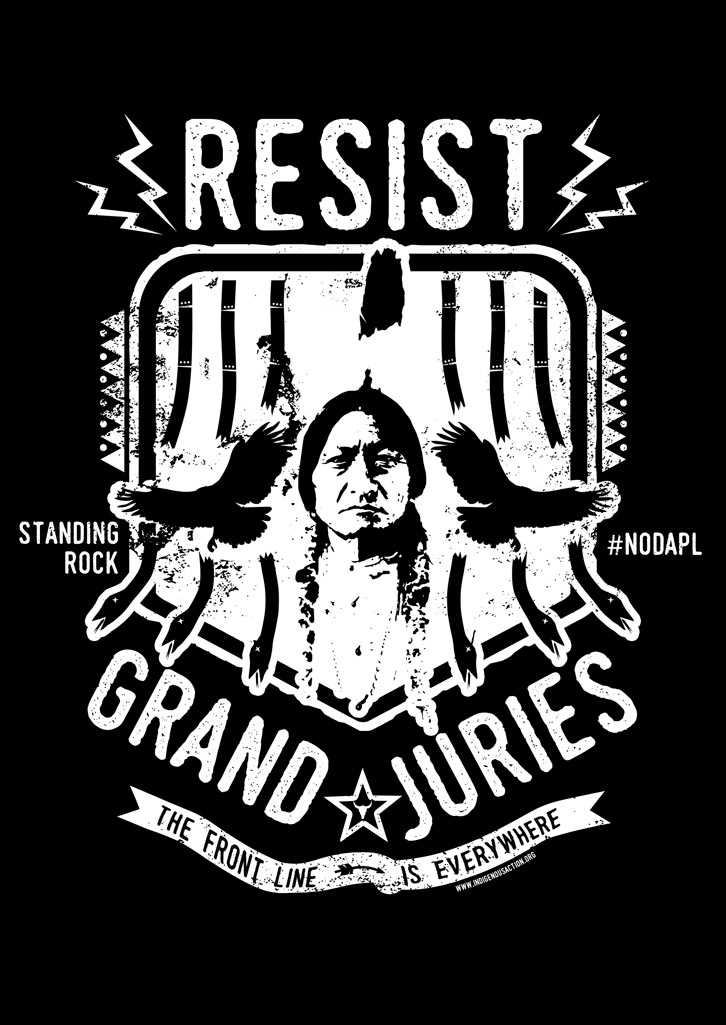 Since early December we have worked along side Steve Martinez in his personal efforts and the efforts of Water Protectors to resist the grand jury to which Steve was subpoenaed. On Monday evening, with no explanation, the U.S. Attorney withdrew the subpoena that the federal government had issued to Steve. Today, we are rallied together at the federal courthouse in both celebration of Steve’s continued freedom, which the grand jury had threatened, but we also continue our stand against this grand jury and its targeting of Water Protectors at Standing Rock.

Today we were prepared to support Steve through incarceration as a result of his refusal to cooperate with the grand jury. While we have taken some moments to celebrate the continued freedom he now has, we cannot forget our fellow Water Protectors who remain in the hands of the state. Red Fawn, a sister and daughter, a warrior woman, a helper to all at the camps, sits in a jail cell just a few blocks from here in Burleigh County Jail. Rattler remains in McLean County Jail and faces up to 15 years in federal prison. Charles “Scorch” Jordan, a disabled U.S. Veteran, is also here in Burleigh County Jail, where he has been in custody since November 17th and has not been given access to proper medical care for his PTSD. Two others, Bravo and Angry Bird, await trial on supervised release for federal charges carrying sentences of up to 15 years.

Today, Steve is free. Though we firmly assert that no one is free until all are free. Water Protectors came to Standing Rock to defend their Mother, the water, the sacred, the land and Indigenous sovereignty. Dakota Access Pipeline may feel they have won the battle. The federal government, the ATF, the FBI, Morton County Sheriffs and courts may feel they have won the battle. The settlers of North Dakota may feel they have won the battle. But, wars are long and battles are many. Water Protectors don’t end their defense of our Mother and all that is sacred with the closure of the camps. Our vision of the war is long and we know that our defense of the Earth must extend to the courtrooms and the prisons. We came here to kill the black snake and its world- a world that relies on police, prisons and the long arms of the state. We stand for the water and each other. We protect with loud voices on the front lines as much as we protect with silence in grand jury rooms and under ATF interrogation. Our prayers walk on the frontlines. Prayer walks. Nobody talks.